Ampersand scored a golden hat trick at the recent Irish Wine Show Awards 2016-2017 held by the National Off-Licence Association (NOffLA) on the 10th of October 2016. In addition to the three Gold Stars Ampersand won on the night, they were also awarded three additional medals with 2 Silvers and a Bronze Star bringing the total to Six Award Winners recognised at the ceremony from the total of 600 wines that were submitted to the winner’s adjudication panel.
All of the wines were blind tasted and points were awarded on the basis of appearance, aroma, taste and value for money. The best wines were then short-listed down to the best three wines across a number of different price categories. The winning wines were chosen by NOffLA wine experts and independent wine writers.
Ampersand won the three Gold Star Awards with the following wines:-
Fairfields Sauvignon Blanc 2015 from Marlborough, New Zealand won a Gold Medal for the Best New World White Wine under €15.
The judges commended the wine for its delicious notes of “Peaches and nectarines mixed with green apples” and recognised how its “rich palette of flavours combine to make a balanced serious wine that shows off the great New Zealand region of Marlborough”.
Rioja Vega 2014 Semi-Crianza
This stunning wine from one of Rioja’s oldest bodegas in Spain won the overall award for the Best Old World Red Under €10. The judges noted its “Mature savoury fruit, priced to offer amazing value”. Retailing at €9.99 this wine is fantastic value for the quality of wine that far over-delivers on its price-point.
In addition to winning the Best Old World Red Wine Under €10 with Rioja Vega, Ampersand were also delighted to win all of the awards in the Best New World Red Wine Under €10 category winning for the first time the Gold, Silver and Bronze Award in one of the most commercial and competitive categories in the competition.
The Landings Shiraz/Cabernet Sauvignon 2015 from South East Australia took the Gold for overall the Best New World Red Under €10. This wine is a classic Australian blend of Shiraz-Cabernet from a family owned vineyard. The judges praised its “palate of blackcurrant and plum fruit, spice hints and soft tannins” and labelled it as a wine with “Violet scented juicy fruits, perfect for pizza or posh dinners” 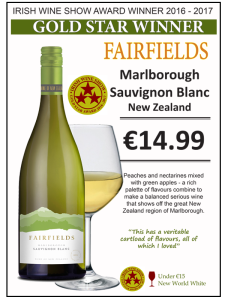 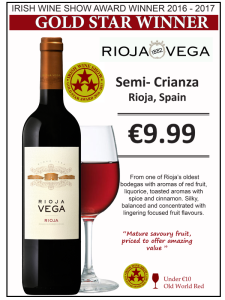 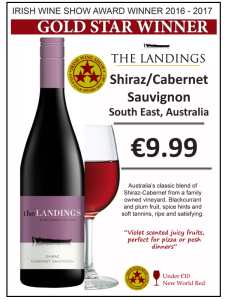 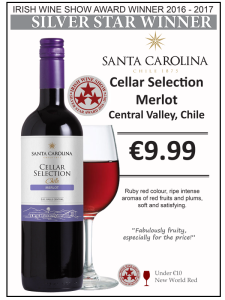 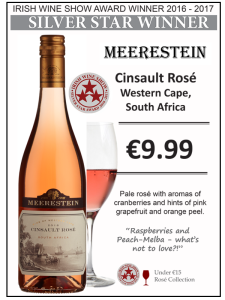 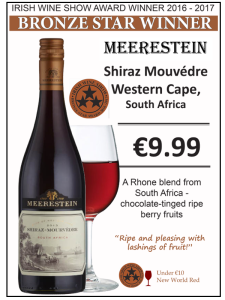 Willie Dardis, Wine Manager and Buyer noted on winning the awards “These are hugely significant awards, and are the pinnacle of their respective category’s in the Irish Wine World! This is our best achievement to date on the awards front, and in these still difficult times in the trade, this will be a major boost and incentive to gain serious sales and traction with these wines and also endorse all our wines from the portfolio. A big thanks to all the team, the awards are a testament to the great work done by everyone here!” 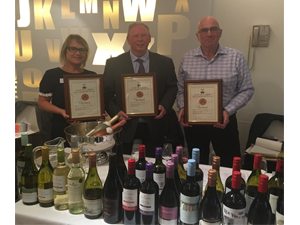 Each of the winning wines will be sold in NOffLA member outlets, of which there are more than 315 nationwide. The chosen wines will be recognisable by distinctive Award symbols on each bottle. In the pre-Christmas period, NOffLA members will promote the Star Awards 2016-2017 Collection as ideal Christmas gifts, offering consumers a diverse range of high quality products.

Ampersand are offering a great selection of trade deals to promote the winners and accompanying wines from their respective ranges. A full point of sale package is available containing shelf talkers & posters for floor display. For more information please contact your Ampersand Representative or contact Ampersand directly on (01) 4130150.